It's clear we are inspired by man's best friend. We want to be your new best friend downtown: business lunches, before or after D-Backs, Suns, or Mercury games, Phoenix Footprint Center events, live music, comedy clubbing, dancing, or any urban adventure you choose. At Blue Hound, you’ll find seasonal American fare meant for sharing and pairing--with craft cocktails, wine or beer, that is. So go ahead. Whenever you revel in the delights of Phoenix, come home to the tail-wagging comfort of Blue Hound anytime. 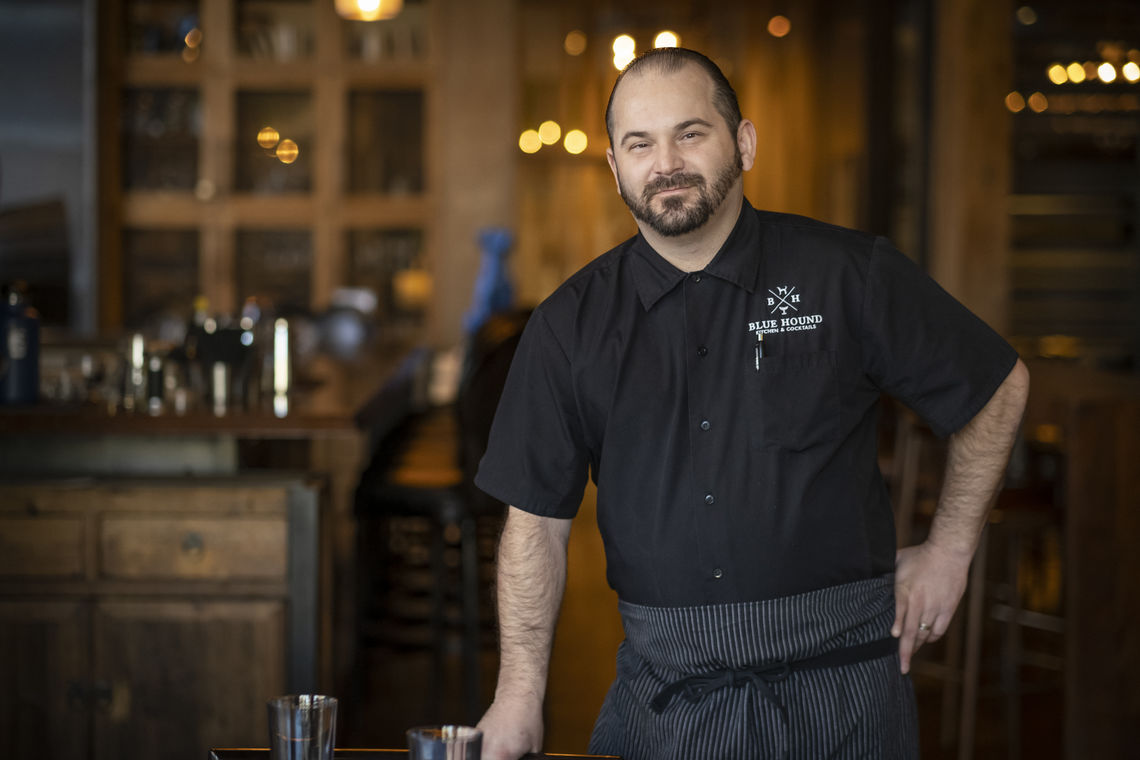 Robinson also held impressive tenures at the Ritz-Carlton’s Chicago and Laguna Niguel locations, the latter of which appointed him to oversee more than 80,000 square feet of meeting and event space in addition to the resort’s numerous dining venues. He also worked for the Four Seasons Hotels and Resorts where he held the positions of Chef de Cuisine in Boston, Massachusetts; Sous Chef in Denver, Colorado; and Chef Tournant in Jackson Hole, Wyoming.

Chef Robinson graduated from Le Cordon Blue in Scottsdale, Arizona and holds an Associate Degree in Culinary Arts.  He was awarded #1 Westin in Banquet Food Quality in all Westin Brands GSS. 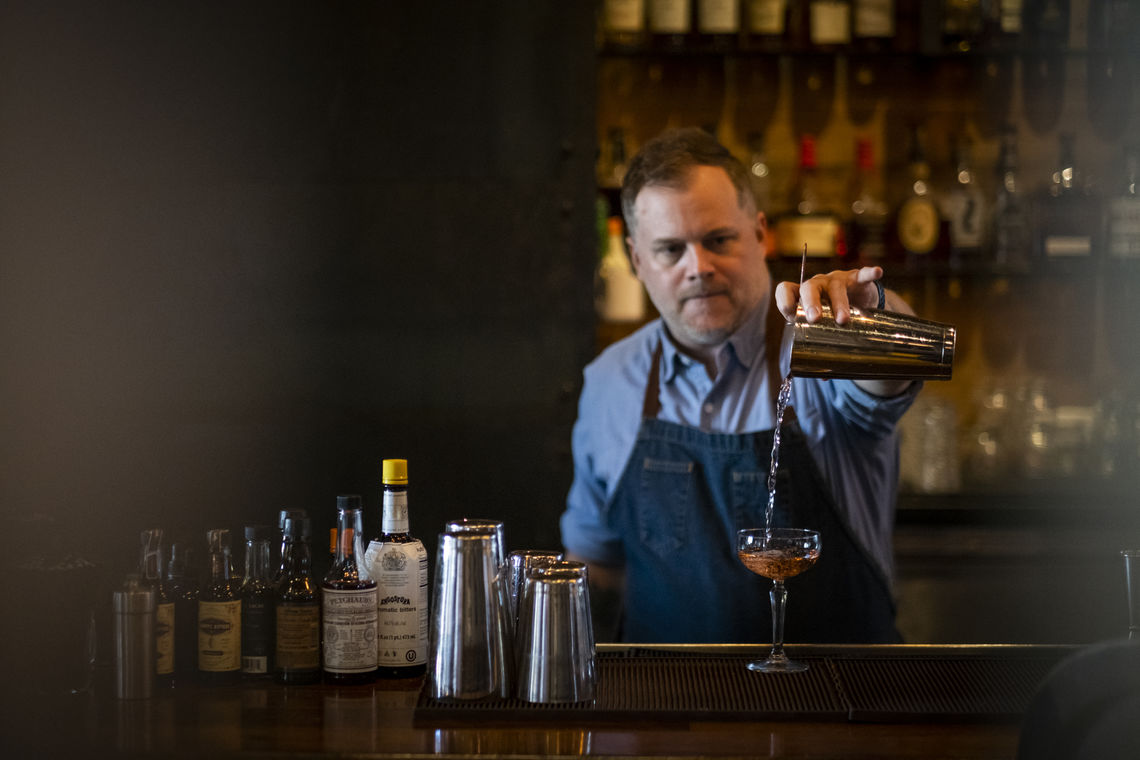 With an impressive 21-year tenure in bartending, Spotleson joins the Kimpton bar team most recently from Herbs & Rye in Las Vegas, Nevada, where his team won coveted industry awards including “Best American Bar Team” and “Best High-Volume Cocktail Bar” by Tales of the Cocktail.

Earlier in his career, Spotleson was the lead bartender at Counter Intuitive and the Second Story Liquor Bar in Scottsdale. When asked about his favorite drink, the Mint Julep is at the top of this list. He combines as many different elements as possible into his cocktails including unique syrups, red bell pepper syrup & macadamia nut to name a few.  “When creating new cocktails, diverse menu options take our guests on a better journey,” said Spotleson.

When he is not behind the bar, he enjoys mountain biking, exploring and art museums and spending time with his family.